Our Local Partner in the DR – OASPKA

Members of the organization are located primarily in the north of the Dominican Republic, in Santiago, Puerto Plata, Montellano, Sosua, Los Cocos de Santiago, La Delgado, and San Francisco de Macoris. Some members of the organization are also currently in Haiti, primarily in the northern border city of Ouanaminthe, and in the community of San Fred, among others. 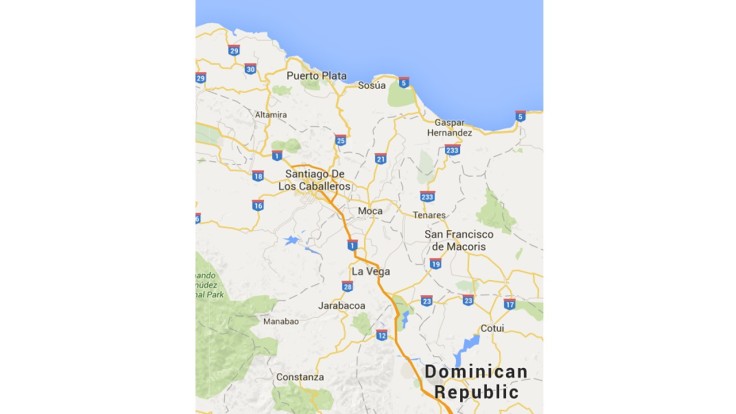 In total, there are over 5,000 people who are part of this organization. They are families of Haitian immigrants, some with Dominican born children, who are seeking opportunities to live in a sustainable environment in Haiti.

There is a humanitarian crisis that is currently unfolding in the Dominican Republic. Unable to find work in Haiti, many Haitians have sought opportunities by migrating to the Dominican Republic. In 2013 the Dominican high court issued a ruling retroactively removing citizenship from anyone born to non-Dominican parents since 1929.  In 2014 The Dominican government passed a law giving unregistered Haitians until June 17 of 2015 to officially become residents; a 45-day grace period was given to complete the process. As a Human Rights Watch report released in July 2015 put it, “the law has been fraught with design and implementation flaws that have thwarted the re-nationalization process.” This has led to the implementation of policies that are violating the human and civil rights of Haitians and Dominicans of Haitian descent.  Most of the Haitians were never formally registered with the Dominican authorities but many have lived decades in the country. Many had children in the Dominican Republic, who are now at risk of losing their right to Dominican citizenship. Recent legal changes have placed many Haitians and Dominicans of Haitian descent at risk of having their rights violated. Also, anti-Haitian sentiments have driven armed vigilantes to attack Haitians and Dominican of Haitian descent, bringing back memories of past violent tensions, which in the darkest point in the history between the two nations, in 1937, led to the parsley massacre, ordered by Dominican President Rafael Trujillo, in which approximately 20,000 Haitians were brutally massacred.

Click here for a recent update on this on-going crisis.

Life for Undocumented Haitian Immigrants in the Dominican Republic

The situation that many Haitian immigrants in the Dominican Republic are currently facing is dire. With limited opportunities, out of desperation, some people are even having to resort to searching through trash cans to find food to feed their families. Although they migrated across the border in search of widely available economic opportunities– often through the sponsorship of companies looking for cheap labor– for those who were unable to successfully apply under the Dominican government’s 2015 regularization plan, right now there are virtually no opportunities to work and feed themselves. Faced with economic restraints, many people who had been in the country legally, with tourist visas in their passport, are now almost certain to fall into illegal status in the country.

Recently, one of our coordinators in the Dominican Republic had to renew his Dominican visa in order to remain in the country legally. This process costs $200 USD. Additionally, every month he has to travel to the border and pay a $20 dollar permit in order to remain in the country as a tourist. While these sums may not seem elevated, given a lack of opportunities available to Haitian immigrants, right now obtaining these funds for many is nearly impossible.

At this point, even if they wanted to move back to Haiti, which many Haitian families do, after spending hundreds of dollars in unsuccessful attempts to apply in the Dominican government’s regularization plan, funds have been depleted, making the prospects of a move also unrealistic. Unfortunately, many families are also living under the constant threat of deportation, and they have already seen friends, neighbors and family member be picked up by immigration authorities and be deported with nothing else but the clothes on their backs. As of February 9, 2016, over 20 thousand people had been deported to Haiti, often leading to families being separated and children being left abandoned.

Many Haitian families are holding out for as long as possible, hoping that once the Dominican presidential elections take place in May the pressure from immigration authorities will subside. However, the current pressure with which undocumented Haitian immigrants have to cope has led some to hide out in their homes and only come out at night in order to rummage for food to eat.

The price for legality in the Dominican Republic may not be high, but it is a price that is unattainable for many impoverished Haitian migrants and easily leads several people toward a situation of illegality, which could mean being separated from their families at a moment’s notice.

All that these communities want is an opportunity to live freely and sustain themselves and their families. We believe this is possible. Over 5,000 Haitian immigrants currently in the Dominican Republic, many of whom are facing similar situations as the one described above, are working with us to make this a reality. A better Haiti is possible.

Please click here for more information about the Haitian Community Land Trust, what we are doing to help empower local affected communities, and how to get involved.