Exactly one year ago, the idea of creating a transnational organization that would work to empower Haitian leaders in the Dominican Republic and help fulfill their vision of returning to a self-sustaining community in Haiti became a reality. After three of our members traveled toHaiti and met with the leaders of the  grassroots organization O.A.S.P.K.A., the Haitian Community Land Trust was established. Since then, thanks in part to the contributions we have received from friends who also believe in our mission, we have made important progress. We have submitted all paperwork in order to obtain 501c3 non-profit status in the United States and we have worked with the Haitian government to secure a land grant of 360 hectares locally. As we enter our second year of existence, we aim to continue to solidify ourorganization and hope to see more families live and thrive in Haiti. But we need you with us now more than ever!

Overcoming Challenges. Despite our successes, over the past year, we have also faced severalchallenges. While Haiti’s southern third received some media attention in the aftermath of Hurricane Matthew, some of the  O.A.S.P.K.A members, in the north of the Dominican Republic, were also affected by rains and floods. Also, much uncertainty still abounds regarding the legal and constitutional changes regarding citizenship that have been enforced in the Dominican Republic since the summer of 2015. Many people have lost their land, source of income and right to nationality. However, that has not continued to receive much media coverage. There is a greater narrative of Haiti which goes beyond tragedies; Haiti would benefit from more conversations about proactive initiatives that seek to promote greater sustainability. At the Haitian Community Land Trust, we are working to contribute to that story.

Local Partner Highlight. Our grassroots partner organization, O.A.S.P.K.A.,  has been mobilizing in northeast Haiti and throughout the Dominican Republic. They have had important achievements over the past year. Following the donation of a tractor to the organization from a church in the Dominican Republic, O.A.S.P.K.A. members have worked to repair it (image on the right).  This new addition has made their farming work more efficient. Some of the local members have also started to allocate a portion of their income from the sale of their produce at local markets to contribute to the effort.

People on the island and abroad (including us!) are inspired by O.A.S.P.K.A founder Charitable Joachim (wearing red shirt in the image below — image taken at one of the sites where we’ve been recently granted access to land!), as he has been working diligently to get this project off the ground, despite facing many challenges. We commend him for his dedication and fearlessness; we gladly continue to support him and O.A.S.P.K.A as a whole.

2017 and beyond. Haiti must become proactive, ensuring that the pearl is prepared for whatever nature throws her way. Looking at Hurricane Matthew, it is clear flooding is one of the nation’s biggest vulnerabilities, as evidenced by the great damage done in Jeremie and Las Cayes. However, there are ways to minimize it through proactive agricultural practices. O.A.S.P.K.A has structured their fields in a fashion that lessens flooding. With their methods, we can farm in a fashion that doesn’t involve high risk of crops being lost. 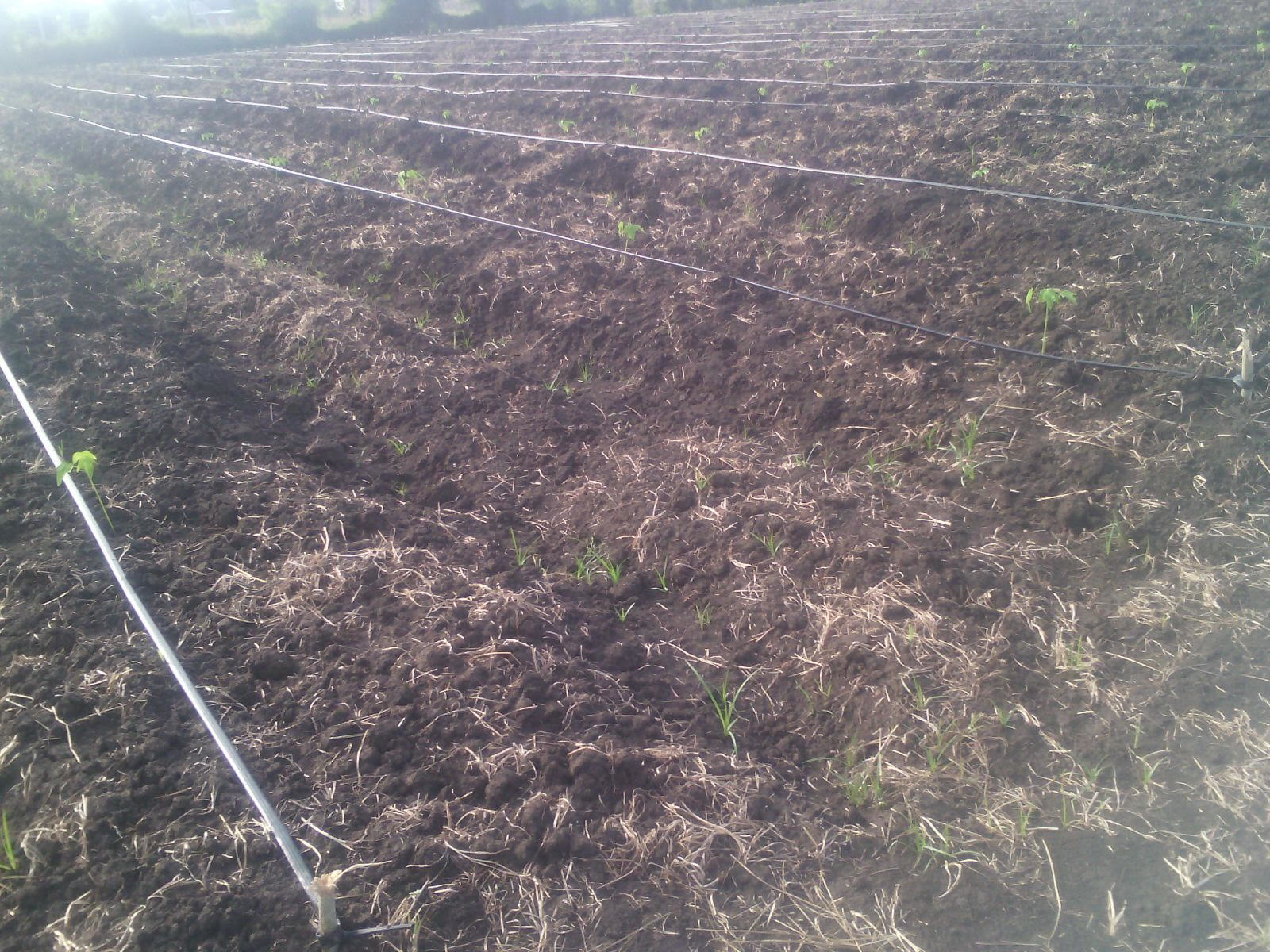 Building self-sufficiency in Haiti is pivotal. Farmers and market vendors within O.A.S.P.K.A are growing grains, fruit and vegetables.  As we enter this second year of support to local leaders, we will continue to work to increase the number of people who are able to benefit from ourefforts in Haiti, and we will continue to seek partnerships that will allow us to move closer toour goal of helping to establish thriving self-sustaining communities.

Be part of our work to continue to empower the members of these marginalized communities and consider making a donation today!

We wish you a joyful and prosperous new year!